For additional information about the Runciman Award please email:

Our correspondence address is:

Dedicated to promoting Anglo-Greek understanding and friendship, through charitable and cultural work.

In Conversation with Prof. John Bennet (University of Sheffield)

Friends Room at the Hellenic Centre

Concluding the League’s programme of talks and events for 2022, we are pleased to invite members, and supporters to attend a discussion about the work of the British School at Athens.

Our chair, John Kittmer, will be in conversation with Prof. John Bennet. From October 2015 to September 2022, Prof. Bennet was Director of the British School at Athens. He has subsequently returned to his post as Professor of Aegean Archaeology at the University of Sheffield at the end of his seven years in Greece. His research interests lie in early writing and administrative systems (especially Linear B), and the integration of material and textual data to understand societies and landscapes in the distant and more recent past.

Prof. Bennet’s recent edited books include: Archaeology and the Homeric Epic, co-edited with Susan Sherratt (2016), and Representations: Material and Immaterial Modes of Communication in the Bronze Age Aegean (2021). Over his career, he has taught at the Universities of Cambridge, Wisconsin–Madison USA, Oxford and Sheffield.

This event will take place in person only; there will be no live broadcast or recording. Q&A will follow the discussion. A wine reception will conclude the evening. Places are free but will be allocated on a first come, first served basis. To attend you must register in advance on Eventbrite here.

Council of the League

We are pleased to announce the call to publishers for nominations for the Anglo-Hellenic League Runciman Award 2023. Publishers are invited to make up to seven nominations each for books that fall within the specifications and criteria of the award. The detailed rules for publishers and forms for nominations are set out below.

Nominations are open until 14 December 2022. The judges expect to draw up and publish their long list in January 2023. A short list will be announced in April. The winner will be revealed at an Award Ceremony in London in June 2023. (Exact dates to be confirmed in the New Year.)

The Anglo-Hellenic League Runciman Award is sponsored by the A. C. Laskaridis Charitable Foundation and the A. G. Leventis Foundation.

1. The Anglo-Hellenic League Runciman Award was conceived in 1983, as an initiative of Earl Jellicoe, the then chairman of the League, in honour of Sir Steven Runciman, the distinguished historian of Byzantium and longest-serving chairman of the League (1951-1967). It was first awarded in 1986 and has been awarded most years since then.

2. The award is given to the best book (or books) published in English in the previous year on a Greek subject. It aims to stimulate interest in Greek history and culture from earliest times to the present; to reward and encourage good and accessible writing, of which Runciman’s works are an example; and to promote a wider knowledge and understanding of Greece’s contribution to civilisation and values. The prize may be awarded for a work in the field of history, literary studies, biography, travel and topography, the arts, architecture, archaeology, the environment, social and political sciences or current affairs; or for a work of fiction, poetry or drama. Translations from Greek literature into English are also eligible. Books published in 2022 are eligible for the award in 2023.

4. Enquiries about the Award can be made to the administrator (Dr John Kittmer) at runciman@anglohellenicleague.org. Information about the two sponsoring foundations can be found at: https://www.aclcf.org/about-en/the-foundation/ and http://www.leventisfoundation.org/en/.

Council of the League 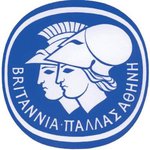 STATEMENT ON THE DEATH OF HER LATE MAJESTY THE QUEEN

The Council of the League is profoundly moved and saddened by the death of Her Late Majesty The Queen. We grieve her loss and give thanks for her life. We join the whole nation in mourning for her. We know that this sentiment will be widely shared among our membership and, as Chair of Council, I have written, on behalf of the Council and our members, to His Majesty The King to express our sympathy and condolences to him and the Royal Family, and to convey our good wishes for his reign. Like his late mother, who travelled to Greece shortly before her own accession to the throne, the King knows Greece well and will, we may hope, want to maintain his associations with the Greek people amid his new responsibilities. I have also written to our Chief Patron HRH Prince Michael of Kent to express our condolences to him as a cousin of the Queen and member of the Royal Family. God Save The King.

on behalf of all the Council